How To Get Free Publicity

How To Get Free Publicity – If you’re clever you can advertise yourself and your company without spending a single dim. This is something we call free publicity and it’s a very amazing tool to use to get yourself and brand out there. Now this guide is going to teach you how to get publicity and grow like never before, it’s easy to do and all you’ve got to do is take action and start today.

The best free publicity you have instant access to is social media. You can literally create as many leads as you wish using social media correctly.

I incorporate each of these social media networks in my free publicity campaign and it always boosts, view, sales and engagements.

TRY PRANKING, ANNOYING, HAVING FUN ON MEDIA (YOUTUBE OR SOCIAL)

If you just want to get free publicity and don’t care about the drama connected then you can always try pranking, annoying and having fun with people on social media and YouTube.

Paying someone to get a tattoo on their head of your logo is the best way to get indirectly free publicity for yourself/company.

But that still costs cash, as going up and pranking someone in a silly, yet funny way is free, videos like this go viral and if you do it correctly you can defonitly get yourself a lot of views.

Look, I don’t respect, nor condon being a troll. But trolling people builds free publicity. Now I don’t mean go and be horrible about a certain person… No! Instead just troll people by saying things like “Dogs can’t look up”, “My cat thinks your cat is a peasant”, kinda like Eric Cartman does in South Park.

Be a douche, but don’t ever aim at one person and never be horrible, just be stubborn and stick to your guns ;).

GET AGGRESSIVE WITH FUN FREE PROMOTION

The more aggressive and consistent you are with free promotion the better you’ll do, so don’t just give up. Keep going, ask people, network, don’t just sit around waiting for free things to come around, go looking for them and don’t stop till you’ve got them.

I saw people doing free promotion campaigns where the made business cards and leaflets out of a4 paper and then they went around giving them to people, putting them through doors, even getting their kids to follow suit for the cuteness factor.

This sounds dumb but even I was curious about the website and what they were promoting. It did quite well for them, so well that they’re still doing it a few months after.

I created an interesting project and within a few weeks of me talking about it I had local radio stations and newspapers asking to go down and talk about my project and what it was.

This was some of the best free promotions I’ve got and was actually quite fun and exciting to pull off. It’s simple to do and is a lot of fun.

I also have gotten about 100 + free radio shout outs by using Twitter and speaking to people on low level radio networks, I tweet them songs, ideas and answers to questions. You’d be surprised how many of them will shout you out and tell people about your website when you interact with them.

DO PUBLIC EVENTS AND CHALLENGES (WIN THEM)

Recently I took to the streets and tried wacky races. We got some cheap t-shirts with printed advertising, they kept called out name of the business we were promoting and then we only went and won the event. This meant we got put in multiple newspapers and got loads of people asking about us and even still talking about the fact I got knocked the hell over by a cart during the race ;).

Above is the winning picture with the champagne being sprayed everywhere. I’m the one with the long hair ;).

Sexy always sells. You can learn a lot from people like miley cyrus and beyonce, they’re sexy and they constantly provoke people.

Look Miley before she got crazy and started liking hammers she had around 16 million views on her videos, then the crazy started and she bumped that up to 300 + million, that shows you how much being provocative pays off when dealing with free publicity.

DON’T BE AFRAID OF THE HATERS

I’ve tried free publicity for the past few years and the haters are crazy, I’m not entirely sure why people hate so much, but as a word of advice don’t pay attention to the haters. You’ll never make everyone like you, it’s just not going to happen, so instead just keep doing you and don’t stop till you’ve made it.

Below is a list of three names that people hate. But I think are awesome.

These three names have all been called really bad names for multiple reasons, by people who’ve never even sat in the same room and spoke to them.

These three names are the masters at free publicity and whether you hate them or love them you do have to agree. How many times have you seen one of these names brought up in a conversation or newspaper, even on radio and TV? Thousands? Maybe More?

Take some time to study them and you’ll be surprised at what you learn.

How To Get Free Publicity – You will get hate when you start getting free publicity, but you’ve just got to shut that part of your brain off, it’s called the “Don’t care” muscle and you need to start developing it, it’s the only way you’ll cope in an environment that gives you free publicity. If you need any advice then just comment below, if you enjoyed then hit the share buttons. Have a lovely day. 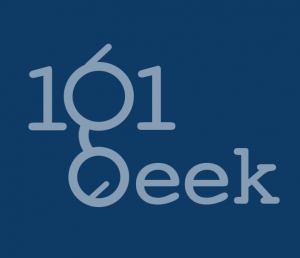 How To Build A Forum

How To Build A Forum – If you’ve got a website you’ll probably be interesting in adding a forum, this could be for many reasons, whether it’s to add value to your site, get a community of people together, create...

10 Best White Hat Ways To Rank A Site. – People always ask me what the top 10 ways are to rank a white hat site, things that won’t catch up to them in the future. This is completely normal and as times change...

What You'll Learn IntroductionFeaturesGrowthCombin Growth FunctionsShedulingExperiencesAlternativesSummary Introduction Combin is an Instagram bot that has been on the market for a few years now. But how good is...