How To Make Great YouTube Videos – I see a lot of people take my advice on how to get views on YouTube and how to grow your YouTube channel, but a lot of people miss one key and that’s making good content. Now it’s not as hard as you may think, making good content takes time, but isn’t hard at all, you just need to follow the advice below and do the best with what you’ve got.

There’s loads of people who seem to get a kick of telling others that it doesn’t matter what you film your content with as long as you start today.

This is rubbish, if you’ve got a really bad camera, with less than HD video recording abilities, you’re going to find it hard to create good, consistent content.

So, the first lesson is don’t listen to everything people tell you on the internet.

Webcam: If you’re a gamer doing YouTube videos then you’ll want a Logitech webcam. I use this one and it works grand for me and my videos.

Good Camera: If you’re a vlogger, tutorial expert, someone looking to make funny videos or all of the above and more, then you’re going to need a nice camera.

Now I personally use the Nikon D5200 and it’s an amazing camera, it’s a good price and it’s really easy to record with. But it’s a little expensive for people who’re just starting out. So instead you can use your mobile’s camera if it’s a smart phone with HD recording abilities and if not then you can try getting yourself one of these DSLR’s.

The reason why a good camera matters is because it adds more to the viewers experience, it adds quality and within a few minutes of watching you they’ll be more likely to stay and see what you’ve got to say.

Plus with everyone having smart phones with amazing recording abilities, it’s became a kind of must to have a good camera.

Whether you’re a gamer or vlogger you’re going to need a mic. The camera’s microphone isn’t going to cut it and your webcam’s mic won’t be strong enough either. So, if you’ve got the money and the options then invest in one of the mics below:

Microphone: For inside recording I use the Blue Mic, it’s a fabulous price, looks amazing and works for vocals, podcasts and normal video voice.

Outside Microphone: Outside I use this h1 recorder paired with a lavalier microphone. I’ve not used this setup properly yet, but it seems to be the best of it’s kind at the price.

Where Do You film Your Videos?

If you’re filming videos you need to either go outside and film in different environments or change the room and scenery in your videos. This helps people connect more and makes them want to watch your video all the way through.

I’d recommend giving yourself a challenge to perform in a new location every single video you shoot for at least one month. Have fun with it and tell your audience what’s going on.

Do You Script Your Writing?

Do you create a script or are you full out improv? This makes a massive difference in quality. I’m personally scripted and then I add improv throughout the video.

This helps me stay on topic, stops me getting distracted and makes my videos have a point and a direction.

So, you defonitly need a script, but you’ll also have to improv the middle parts of your work, this allows for spontaneous off script fun to occur.

That’s a very basic script, but all you need in order to keep your video on track.

Have Passion About What You’re Talking About

Lil wayne’s music and lyrics are pretty bad, that’s coming from a fan of his. But, he believes every word he’s saying so much so that it makes it hard not to listen.

This is the case for many YouTubers, music artists and actors. It’s the reason why people listen to their content and keep coming back for more.

The moral of the story is that if you believe what you’re saying other people will too. So have passion and enjoy the videos you create.

Take sometime and go watch other YouTubers, learn what their video style is and then copy it. Play with the film style and have some fun.

If you see all famous YouTubers have some sort of film style and most of them don’t take to long to copy. So go research what you like the look of, then spend some time creating something similar.

Editing Is Where The Magic Happens

The magic comes to life when you start editing. I use Camtasia, but you can use Sony Vegas as it’s a much better price.

Editing is an important part of the film creation and it’s where you need to really think about what content stays and what content goes. Often many times something really funny will happening when editing, but due to it adding 1 minute to the video I cut it, you’ll have to make these hard decisions too, so when that comes just don’t waste too long.

At the start you need to keep things as short and sweet as humanly possible. People just don’t want to invest longer than 2 – 3 minutes into a new YouTuber, so in order to keep peoples interests make your videos short and filled with loads of content.

Don’t Rush The Process, Instead Enjoy It

People are always so focused on the end result of YouTube fame that they actually miss the enjoyment of create great content, this is a shame, because content can be a lot of fun to create and play around with.

Don’t rush, enjoy and stay focused on creating the content you’d watch yourself. 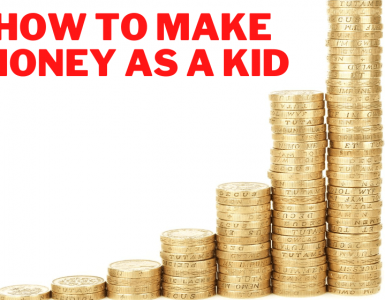 When I was in my early teens (13 or 14 years old) all I could think about was how to make money online and becoming a millionaire from the comfort of my room. It turns out it’s pretty hard to earn money online and... 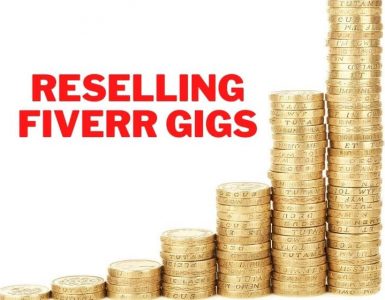 You’ve been using Fiverr the wrong way all this time! I’ve found after studying Fiverr for the last year that people are making $1000 of dollars per day reselling Fiverr gigs for double, triple sometimes even ten times...

How To Earn Money On YouTube With Compilation Videos

People see the big YouTubers like pewdiepie and Shane Dawson and their money making abilities and do their best to go after the same success. But they’re going about it all the wrong way. I’m going to show you a simple...